Thanks to ISIS’s well-oiled social media publicity campaign, Muslims and non-Muslims around the world are seeing just how gruesome and barbaric the actual provisions of classical Sharia Law truly are. This has forced “moderate” Muslim organizations CAIR and the Fiqh Council of North America to publish an “Open Letter” admonishing ISIS for being a bit too zealous and literal in their implementation of commands of the Quran and Sharia Law. (See: http://lettertobaghdadi.com/index.php) Careful reading of the 28 page letter reveals some new spins on Sharia Law that are intended to make it more palatable to Western consciences. If they were implemented by ISIS, they would certainly tame ISIS, but the revisions also confirm that classical Sharia Law (as documented in al-Misri’s “Reliance of the Traveler”) has no place in the 21st Century. The references below apply to the numbered topics in the CAIR/Fiqh Council Open Letter.

He traveled to Syria to join the ISIS in the hope of martyrdom and 72 virgins. He got his wish, but before his other wish to raise the Black Flag of Islam over the White House.

She is openly secular and humanist.

High Regard for Jesus & Mary in Islamic Scriptures? Part 2

In Part 1 of this article, the ‘place’ of Jesus in Islam has been discussed. This part analyses the ‘place’ of Mary, mother of Jesus, in Islamic Scriptures.

BROADCASTING NAMES OF MUSLIM WOMEN IS SHAMEFUL ACT IN ISLAM

High Regard for Jesus and Mary in Islamic Scriptures? Part 1

MUHAMMAD: DOUBLE REWARD FOR JESUS' FOLLOWERS – ONLY IF THEY ALSO FOLLOW ME!

Muhammad was trying to sell his brand of religion to the Christians by offering his product two times at the price of one. Was he really liked Christians, their scriptures and their Messiah Jesus? 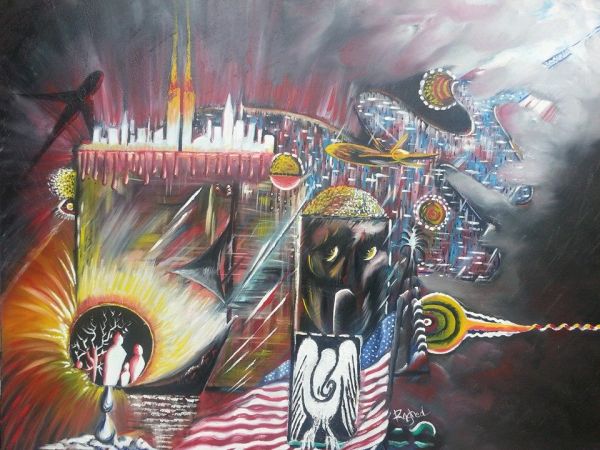 Stretching from Dearborne in Michigan in the north, to Los Angeles in California in the West, to Miami in Florida in the South, to New York in the East – an Islamic curtain has descended upon the United States!

IQ Rasooli, Author of 'Lifting the Veil', on MidPoint Discussing the Root Causes of Islamic Terrorism

Need of the Hour: A Fatwa against Islam and Prophet Muhammad

On 31 August 2014, Imams of Britain issued a fatwa, prohibiting British Muslims from supporting and joining the barbaric Islamic State Jihadi terrorist group in Iraq and Syria. The fatwa termed the Islamic State's ideology as “poisonous” and supposedly against the teachings of Islam.

There has been way too many such fatwas over recent years with little impact. Muslims just seem to ignore such fatwas as western-living Muslims joining Jihadi cults both home and abroad continue swelling. It is estimated that at least 500 British Muslims, twice the number of Muslims serving in the British Army, have joined the barbaric Islamic State Jihadi group in Iraq and Syria.

Under these circumstances, and given the seriousness of the danger the world stands face to face with Islamic Jihadi terrorism, the British Imams should have issued a fatwa as follows that could have some beneficial impact for humanity if at all any:

“There is no doubt that President Assad’s regime in Syria is oppressive, unjust and brutal, and has committed numerous atrocities against its own people. The same is true of the so-called ‘Islamic State’ (IS) or self-styled ‘Caliphate', formerly known as ‘The Islamic State in Iraq and Syria’: it is an oppressive and tyrannical group. The IS persecution and massacres of Shia Muslims, Christians and Yazidis is abhorrent and opposed to Islamic teachings and the Islamic tolerance displayed by great empires such as the Mughals and Ottomans. [Islamic State] is a heretical, extremist organisation and it is religiously prohibited (haram) to support or join it; furthermore, it is an obligation on British Muslims to actively oppose its poisonous ideology, especially when this is promoted within Britain. British and other EU citizens are bound by their duties to their home countries according to Islamic theology and jurisprudence: it is therefore prohibited (haram) to travel to fight with any side in Syria, including non-state actors, since this is forbidden by laws in EU countries.” See here. (The reason I have had to use the Times of Israel is that it is the only online source I've seen that actually quotes the fatwa.)