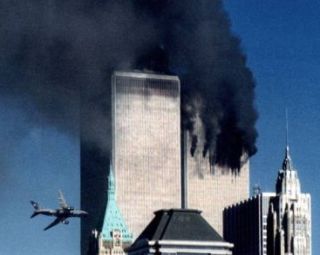 Most people in the civilized world must have noticed that individuals who convert to Islam, and the ‘Muslims by birth’ who suddenly turn religious, develop new tendencies, such as:

* They turn against culture and life beauties, such as music, paintings, cinema and other arts.
* They adopt a serious life style, with less humor, jokes, laughs and other manifestation of happiness.

Experts in the UK expressed opinions suggesting that the Quran manuscript of Birmingham may be older than Mohammed.

Historian Tom Holland, one of the most celebrated historians in the UK, told the Times: ‘It destabilizes, to put it mildly, the idea that we can know anything with certainty about how the Koran emerged – and that in turn has implications for the history of Muhammad and the Companions.’

If you suggest to a Muslim that ISIS represents Islam in its purest form, he/she will protest in the strongest terms possible. Still, ISIS has been able to recruit over 35,000 devout Muslim volunteers from 44 countries around the world. See interactive map.

These volunteers are not Foreign Legion types or former soldiers longing for more action. They are “true believer” Muslims who pray, fast, and try to follow the example of Islam’s prophet Muhammad to a tee. Their flag is emblazoned with the Islamic Shahada statement of faith, similar to the proclamations on the Saudi Arabian, Iraqi, and Iranian flags. ISIS volunteers are willing to sacrifice their lives to see the Islamic Caliphate restored, after being defunct for almost a century.

Persecution of Muslims in the West

According to the Oxford English Dictionary, the words freedom, liberty, oppression and persecution have the following meanings:

Freedom: The power or right to act, speak, or think as one wants. The power of self-determination attributed to the will; the quality of being independent of fate or necessity. (Literalistically) The state of not being imprisoned or enslaved. The state of being unrestricted and able to move easily. Unrestricted use of something.

Liberty: The state of being free within society from oppressive restrictions imposed by authority on one’s behaviour or political views. (Literalistic) The state of not being imprisoned or enslaved. The power or scope to act as one pleases. (Philosophical) A person’s freedom from control by fate or necessity.

I have always liked Thomas Jefferson's definition of liberty: “Of liberty I would say that, in the whole plenitude of its extent, it is unobstructed action according to our will. But rightful liberty is unobstructed action according to our will within limits drawn around us by the equal rights of others. I do not add 'within the limits of the law,' because law is often but the tyrant's will, and always so when it violates the right of an individual.” -- Thomas Jefferson to I. Tiffany, 1819.

Jefferson makes two vital points (1) an individual's freedom/liberty is (or should be) constrained by the “equal rights of others”. Here by “equal rights” Jefferson clearly means the liberty of others to exercise their freedoms. Implicit then is that all people have “equal rights” or, to put it in more “Jeffersonian” language equal scope to exercise their freedoms and liberties. (2) That law per se does not properly constrain liberty. An unjust or discriminatory law is just that – aka “the tyrant's will”.

The Good Things the Arabs and Muslims Have Done

One of the criticisms of the anti-Islamic protests in the U.S. is that the protesters never mention any of the good things that are done by Arabs or Muslims. Actually, they have tried to show some balance, but there is not much to commend. Here is how Arabs and Muslims measure up based on some generally accepted international standards:

Muslims represent 23 percent of the world’s population, yet they are participants in 84 percent of the armed conflicts. Source: www.religioustolerance.org/curr_war.htm

Why the Birmingham Manuscript is Significant

The discovery of an old artefact is always a welcome addition to our knowledge since it boosts, or modifies, our understanding of history. From this perspective alone, the discovery of the Birmingham manuscript is significant, but there is more to it.

I first learned about the news when the subject came up as I was visiting some friends after the Eid festival. Most in the room praised Allah for sending regular signals to prove to mankind that Islam is the true religion. I had to leave soon, and as I was leaving, I overheard somebody expressing his disappointment at the news because he assumed all along that we already have the original full Quran of Uthman.