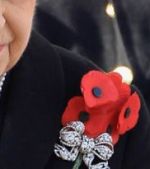 When it comes to searches that are critical of other institutions, such as ‘wearing a poppy’ in western tradition as part of remembrance for those who have given their lives in defence of Nation states, there has been no such human intervention in the search results, as there is no comparable activism to the Muslim apologetic one.

So the first google suggestion to this query is currently highly educational as to what people are searching the most about it. And the answers to this question are the defaultly generated Google results.

The topmost searched query is whether wearing a poppy is 'haram', i.e. forbidden in Islamic jurisprudence/dogma.

The answer to this query is even more educational to anyone who is honest enough to view the answer. 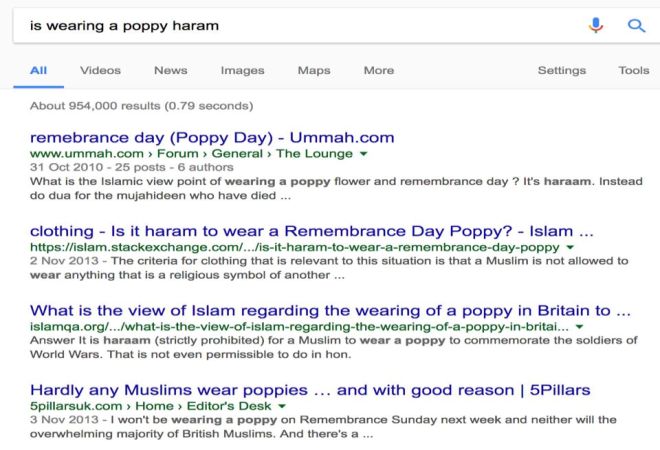 According to all of the leading results it is indeed haram for a Muslim to wear a poppy. The very first result to the question from the highly popular UK based ummah.com states: ‘It’s haram. Instead do dua for the mujahideen that have died.’

From this we get an example of how Islamic teachings are poisoning the minds of the UK Muslims and making them antithetical to sacrifices of those who died to make the UK a free and democratic country, and who defeated fascistic Nazis to keep Europe safe from totalitarian and genocidal German racial supremacism.

Given the popularity of this answer, this again can be seen as the mainstream and dominant Muslim teaching, and not as some fringe and extreme outlying view.

This gives a clear picture of how Islamic supremacist dogma is poisoning the minds of the UK based Muslims, and how it represents a clear and present danger to the integration and harmonious co-existence of Muslims in the UK.