Jihad Massacre in Paris: A Fruit of Multiculturalism

France and the wider Europe stands far from that ultimate goal of Allah. So, the attack in Paris and all such jihadi attacks in the West are committed by Muslims to achieve that goal of Allah. 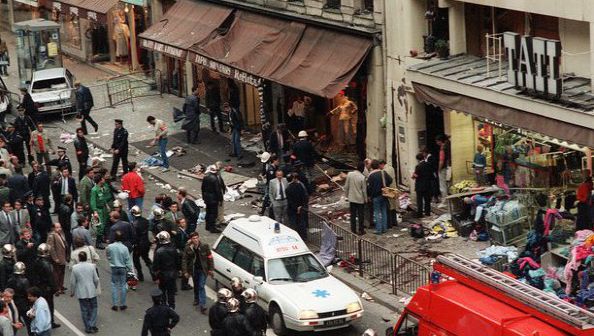 Just over 10 months after the horrendous Charlie Hebdo massacre, Paris was rocked by a massive Jihadi attack slaughtering innocent people in a most horrific manner – 129 people were killed and over 300 wounded. One survivor stated: “they were shooting us like birds.”

Many from the political and media elites were as usual swift in condemning the horror carnage, but desperately shifted the conversation from Islam as its real cause. If at all, some of them turned to the same old misplaced blaming: self-radicalization, poverty, isolation from society and the so-called right wing.

“We believe in the right of everyone to seek his fortune and live, to the respect for the other and tolerance... We know that our free life is stronger than any terrorist. Let’s give the terrorists the answer by living our values confidently. And as we affirm these values throughout Europe. Now more than ever.”

Dear Ms Merkel, I have got news for you: The central value, the ultimate goal, of Islam is the total destruction of “our free life” and replace it with “faith only in Allah al-together and everywhere”.

Germany is already under attack from these migrants flooding the country. German women are being molested and raped by them. For women, it is no longer safe to jog or walk the streets alone in many places without the fear of being sexually abused or raped in many German cities. Violence and crime have dramatically risen most of which is being concealed by the German police. It is only a matter of time before the peace-practicing Muslims, in seeking to obey the dictates of their Holy Book, succeed in murdering the Germans in jihadi carnage like in Paris.

The underlying cause of the Jihad carnage in Paris and others is not Self-Radicalization or anything like this as our elites would keeps repeating. If anything, it is radicalization of Muslims by the teachings of the Quran, Sunna and Islamic Sharia Law – all of which demand the destruction of the non-Muslim way of life and its replacement with the Islamic order. Muslims carrying out terrorist attacks are simply trying to be good Muslim by following what Quran and Muhammad's tradition teaches them to do. You will see that they are just exercising their right to freely practice Islam and its core demands.

What Multiculturalism and 'Freedom of Religion' Means to Muslims?

In Western democracies, Freedom of Religions is a constitutionally guarantied right. For example, the First Amendment of the United States Constitution prohibits the making of any law “impeding the free exercise of religion”.

"Multiculturalism", a widely embraced ethos in the immigrant-welcoming western countries, calls for “the coexistence of diverse cultures, where culture includes racial, religious, or cultural groups and is manifested in customary behaviours, cultural assumptions and values, patterns of thinking, and communicative styles.”

Let us first survey what religious obligations and rights the Holy Quran and the Sunnah dictates to Muslims:

Most of all, Muslims are commanded by their God to establish the Islamic order and way of life as the complete code or sole source of law for running the world. So, religious freedom to Muslims in the West means that the West is obligated allow Muslims replace Western constitutions with the totalitarian Sharia law.

Under Sharia Law, there is no freedom of religion, speech, thought, press and artistic expression; no equality of peoples – a non-Muslim, a Kafir, is never equal to a Muslim; no equal rights for women; women can be beaten by the husbands; non-Muslims are dhimmis, third-class citizens; there is no equal protection under Sharia for different classes of people with one set of laws for Muslim males and different laws for women and non-Muslims. Death is the punishment for apostasy, homosexuality, mocking anything in the Qur'an or the Sunnah of the prophet Muhammad, criticizing Islam, sharia law or the Sunnah of the prophet Muhammad. Even Muslims, who states a preference for democracy to the rule of sharia or questions anything in the Quran or Sunnah, is a kafir (disbeliever) and apostate, liable to punishment by death. Punishment for theft is amputation of the right hand up to the elbow. The penalty for premarital sexual intercourse is 100 lashes with a whip and one year of exile. The penalty for adultery is death by stoning.

Through the 9/11 attacks in the US in September 2001 to the Paris attacks in November 2015, and all the Jihadist attacks and aborted plots in-between, pious Muslims are trying to carry out the Quranic command (2:193, 8:39) to fight the infidels until faith in Allah prevails everywhere and completely. As things stand now, with alarm for Islamic Jihadist attacks in every Western capital and major cities, it may be impossible to stop that Jihadist charge against the kuffar humanity in the West and elsewhere. We may at least recognize and acknowledge this fact. Are our leaders, from Angela Merkel to Barrack Obama, ready to acknowledge it?