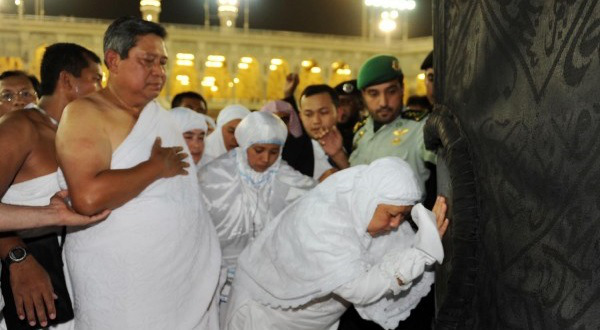 Animal worship is not irrational. It is not the animal that people worship but what they represent. Since life is considered to be the breath of God, all living beings are regarded as manifestations of God. Reverence for life is one way to worship God. If you love someone, you place his or her picture in a place you can look at. It is not the picture that you adore, but the person that it depicts and represents. The picture is a reminder of your loved one. It is a way you communicate with that person mentally and spiritually.

No one, except perhaps Muhammad and his followers are so dim witted to think a statue made of clay or wood or an animal is intrinsically sacred. The sacredness is in what they represent. Let me explain this with an example. Gold has intrinsic value, whereas paper money has no intrinsic value. The value of paper money is in what it represents. Likewise, the animals that some people regard as sacred are avatars. They are not considered to be intrinsically sacred, but are revered for the breath of God in them. The statues also are not deemed to be sacred. They represent a god much like a picture that reminds you of a loved one.

What does the black stone in Ka’ba represent? Nothing! It is worshiped because it is believed to be intrinsically sacred. This is idolatry.

The irony did not escape Umar. “Abdullah ibn Sarjis reported, “I saw the bald one, i. e. ‘Umar ibn Khattib (Allah be pleased with him), kissing the Stone and saying: By Allah. I am kissing with full consciousness of the fact that you are a stone and that you can neither do any harm nor good; and if I had not seen Allah’s Messenger (may peace be upon him) kissing you, I would not have kissed you. [Muslim: 7: 2914]

As you see, with a bit of rational thinking and commonsense, what Muslims lack miserably, we can conclude that Hindus are not idolaters, while Muslims are.

Does it offend God if someone worships His avatars? We assume that God has more commonsense than humans. Will you be offended if you find out that in your absence your children had hung your picture on a wall, decorated it with flowers and every day stood in front of it speaking to you in their minds? Unless you are insane, not only you would not be offended, you would be pleased that they remembered you. God is not insane. Muhammad was. That is why he thought it is shirk to worship the avatars and images of God.

Is it wrong to depict God? The nature of God is spirit and spirit is formless. But God can manifest Himself in any form he pleases and to us humans he often manifests Himself as a human. In the Bible we read that God appeared to Moses in the form of a burning bush. Humans are the biggest manifestations of God on Earth.

These days and with the advancement of the medical science more and more people are resuscitated from death. A great number of them say while they were clinically dead they went to the next world and met spiritual beings, including their deceased relatives. Some of them say they met God. Sometimes God appears to them as pure light and sometimes He takes the form of a human. Therefore, it is perfectly okay to depict God in the form of a human. If God did not like to be seen as a human He would not have appeared as one.

If Muslims could think rationally they would know that these rules that Muhammad made us are stupid. He made us silly rules and killed people for not believing in them. God is not offended for people drawing images of Him, worshipping Him through his avatars, and living beings. He is offended when you hate others and kill His children in His name.   Hell is for those who hate, not for those who worship God through his avatars.

Anyone with commonsense can see that Muslims are the only people who are idolaters, while those whom they accuse of such thing are actually monotheists.

The so called polytheistic religions believe in one supreme deity, while they worship also minor gods that act as is intercessors between them and God. The Quraish believed in a God who was the maker of the universe by the name of Hubaal. They called him by his title al Lah (the God). His symbol was crescent.  All minor deities were his intercessors. In his Book of Idols (Kitab Al-Asnam), Hisham Ibn Al-Kalbi wrote, “The Quraysh used to circumambulate the Ka’ba and say:

This is confirmed in the Quran 10:18. “(Some people) worship things other than Allah which harm nor benefit them. They say, “These (idols) are our intercessors before God.”(Muhammad), tell them, “Are you trying to tell God about something that He does not find in the heavens or earth? God is too Glorious to be considered equal to idols.”

This verse is another evidence of Muhammad ignorance. An intercessor is not equal to God. This is called straw man fallacy.

Did Muhammad do away with intercession? Not at all! He claimed that rank for himself. See the following passage.

Narrated ‘Abdullah bin ‘Umar: The Prophet said, “A man keeps on asking others for something till he comes on the Day of Resurrection without any piece of flesh on his face.” The Prophet added, “On the Day of Resurrection, the Sun will come near (to, the people) to such an extent that the sweat will reach up to the middle of the ears, so, when all the people are in that state, they will ask Adam for help, and then Moses, and then Muhammad (p.b.u.h).” The sub-narrator added “Muhammad will intercede with Allah to judge amongst the people. He will proceed on till he will hold the ring of the door (of Paradise) and then Allah will exalt him to Maqam Mahmud (the privilege of intercession, etc.). And all the people of the gathering will send their praises to Allah.” [Bukhari, 2: 24: 553]

The claim that Muhammad is the sole intercessor between God and humans is reiterated in numerous verses of the Quran. I invite the reader to download and read my debate on this topic with Mr. Javed Ahamad Ghamedi and Dr. Khalid Zaheer in Probing Islam.

So if it is shirk to believe in intercessors and an intercessor is equal to God according to Muhammad, didn’t he made himself equal to God? He dethroned Allah’s intercessors only to occupy their posts. Isn’t it therefore fair to say that Islam is idolatry for promoting stone worship and it is shirk for raising Muhammad to the rank of God? Now you can see how Muhammad accused others of the sins he was guilty of.