MEANEST DESCRIPTIONS OF THE JEWISH MESSIAH IN ISLAMIC SOURCES

Messiah Ad-Dajjal is described as: 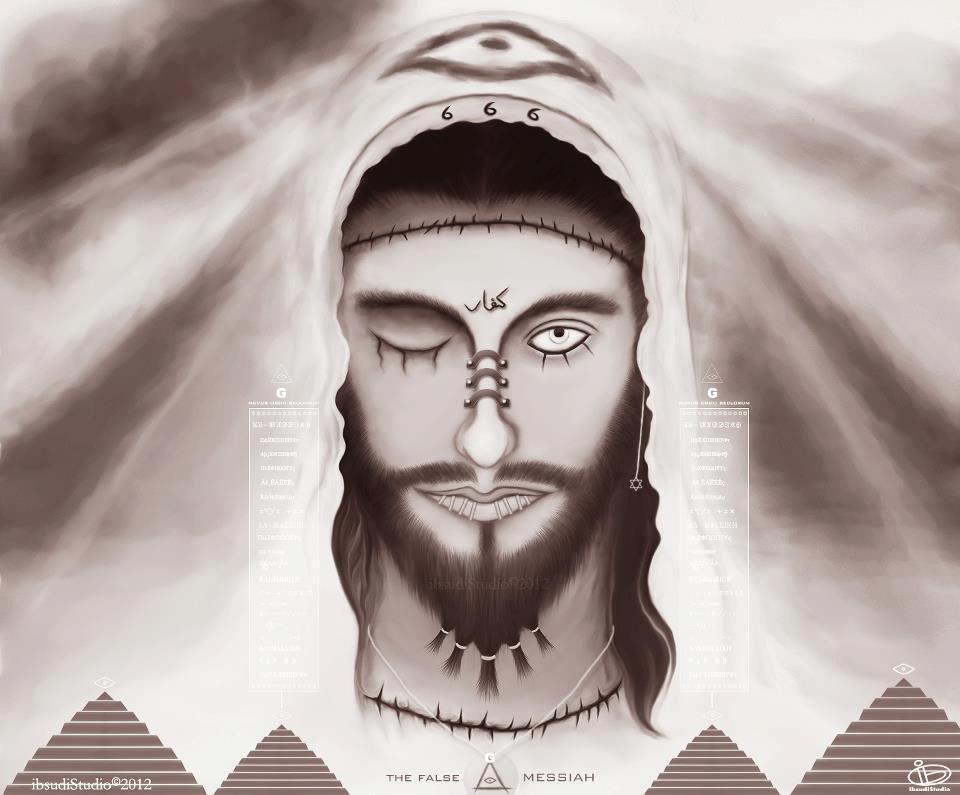 DAJJAL IS NONE BUT THE FORTHCOMING JEWISH MESSIAH

Ever since the Jews were forced into exile, first by the Babylonians, then by the Romans (Muslim invaders also joined in later on), they have been dreaming of a messiah who will arrive and lead them back to their homeland in Palestine. The talk of the messiah featured prominently in Jewish communities in dispersion outside of Palestine. Prophet Muhammad certainly had heard about it from the Jews of Medina many a times. In hadiths, prophet Muhammad tries to emphasize that the messiah the Jews were waiting for was actually the Messiah ad-Dajjal:

Anas b. Malik reported that Allah's Messenger (may peace be upon him) said: The Dajjal would be followed by seventy thousand Jews of Isfahan wearing Persian shawls. (Sahih Muslim 41:7034)

DAJJAL WILL HAVE MAGICAL POWERS LIKE JESUS, WILL BRING DEAD PERSON TO LIFE

Islamic scriptures also address Dajjal as the antichrist in a few places (Sahih Muslim 4:1217-1219). He is also shown as appearing alongside or behind Jesus in multiple references (Sahih Al-Bukhari 4:55:649, 5:59:685, 9:93:504, Sahih Muslim 1:323-325, Malik 49.2.2). But the ultimate intention of Muhammad was to show all other prophets as inferior to himself or as false. Jesus is no exception to that. So Dajjal will have the magical powers like those of Jesus and bring the dead to life like did Jesus. After all, Jesus' act of raising a person from the dead was nothing but a work of magic. Dajjal will torture and kill a Muslim in the most barbaric manner and then will raise him from death.

DAJJAL WILL BE BARREN

The main intention of discussing ad-Dajjal in this article starts here. In the 7th-century Arab society, being barren for a person was believed to be a curse from Allah. Islamic scriptures try to insult and belittle the Jews and Christians at every possible way. So, Muhammad labeled the awaited Jewish messiah ad-Dajjal as barren.

For the past fourteen centuries, Muslims have spread the propaganda that Muhammad was very fertile and had many children from his first wife Khadija and his slave-girl Mariya. This is portray that Islam’s prophet was greatly blessed by God. Whereas, the Messiahs of Jews and Christians are not and will not be fertile as god's punishment for their falsehood as messiahs. Islamic scriptures have missed no opportunities to fabricate fables in attempts to ridicule the faiths and beliefs of non-Islamic peoples.