Quoting from the great WWII statesman Winston Churchill’s literary work, for which he won the Nobel Prize in Literature in 1953, has become a criminal offence in the UK—as it seems.

Paul Weston, chairman of the UK’s Liberty GB party and a candidate in the 22 May European Parliament Elections, was arrested by the British police on 26 April for quoting a passage from Winston Churchill’s book. 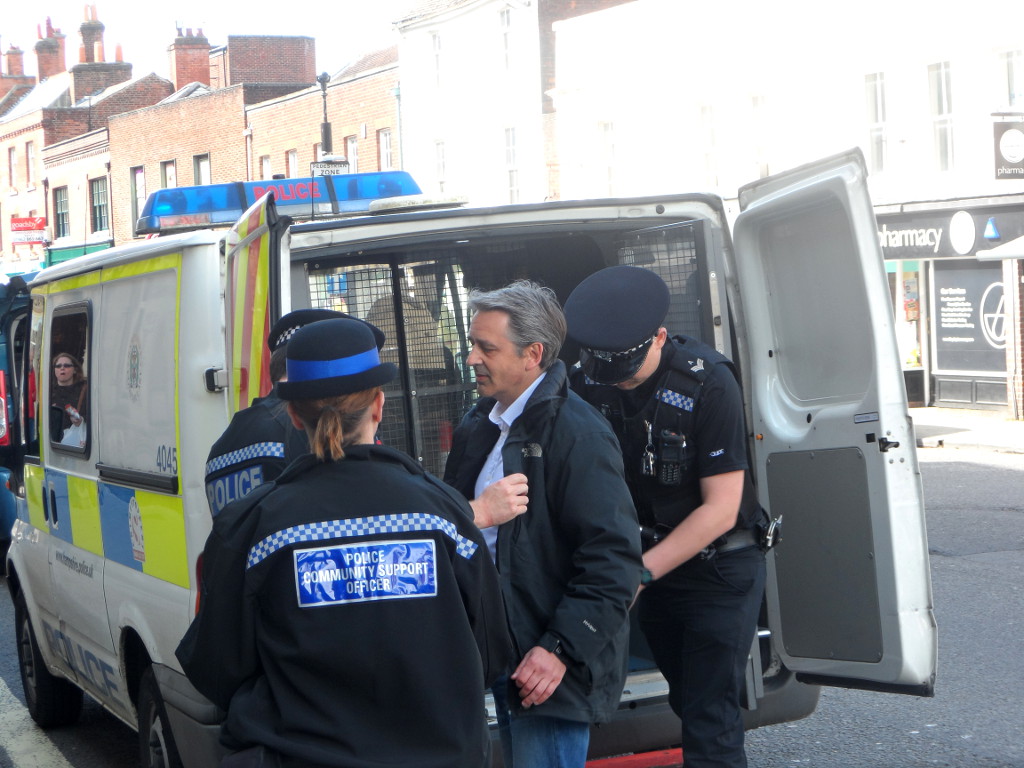 At around 2pm, Weston was addressing the passers-by on the street from the steps of Winchester Guildhall with a megaphone. He quoted the following passage about Islam from Churchill book, The River War:

"How dreadful are the curses which Mohammedanism lays on its votaries! Besides the fanatical frenzy, which is as dangerous in a man as hydrophobia in a dog, there is this fearful fatalistic apathy. The effects are apparent in many countries. Improvident habits, slovenly systems of agriculture, sluggish methods of commerce, and insecurity of property exist wherever the followers of the Prophet rule or live. A degraded sensualism deprives this life of its grace and refinement; the next of its dignity and sanctity. The fact that in Mohammedan law every woman must belong to some man as his absolute property – either as a child, a wife, or a concubine – must delay the final extinction of slavery until the faith of Islam has ceased to be a great power among men. Thousands become the brave and loyal soldiers of the faith: all know how to die but the influence of the religion paralyses the social development of those who follow it. No stronger retrograde force exists in the world. Far from being moribund, Mohammedanism is a militant and proselytizing faith."

Reportedly a woman, who found the passage “disgusting”, came out of the Guildhall and called the police.

Responding to her call, six or seven police officers arrived and questioned Weston for about 40 minutes.

At about 3pm, they arrested and searched him, and took him away in a police van.