After the Paris Attacks, Lessons Must Be Learned, Actions Taken

I was saddened and horrified by the attacks in Paris last Friday. I like France and the French people. Paris – associated with culture, love and romance – is my favourite city. It was heartbreaking to follow the events as the bad news got worse by the hour. Most of us were angered and saddened but certainly not surprised, knowing the kind of enemy we face. The Friday attacks were the deadliest on France so far. In a way, they were French equivalent for 9/11. Like many others, I knew it was only a matter of time when bad things start to happen to our world. I am afraid that things can, and will, get worse unless we do something to stop them. I come from an Islamic background and know what is in the hearts and minds of Muslims. The amount of hate in the hearts of some Muslims, once released, can produce enough energy to destroy the world. 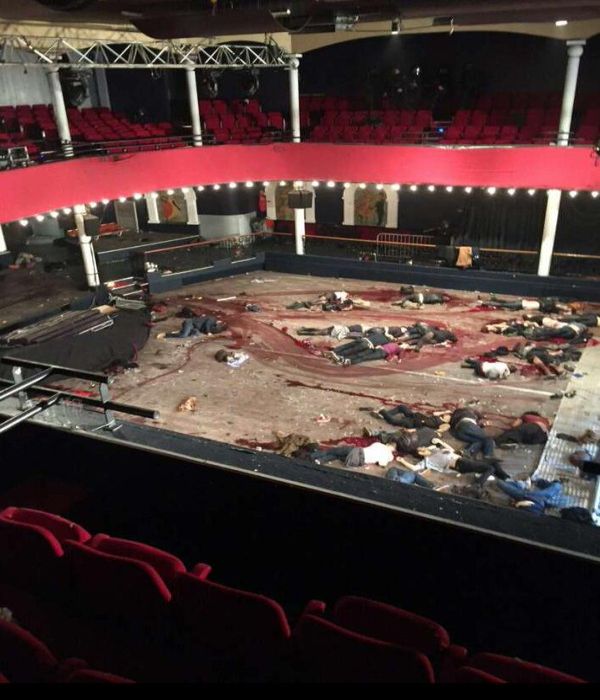 Did we learn anything from the 9/11 attacks? Did the French learn anything from the Charlie Hebdo attacks? I don’t think so. Those were real massacres that required real actions. Charlie Hebdo was not only a massacre of journalists but an attack on the cherished value of free speech as well. The French reaction was to pose to camera’s holding pens, which the media described as an act of defiance. I don't think any terrorist gave up their arms or lost sleep because of that kind of defiance. On the contrary, it was the magazine that surrendered when it vowed never to print cartoons about Muhammad again.

Knowing the prevailing culture of defeatism in the West, I didn’t hold my breath for a powerful response. In the aftermath, the headlines were designed to keep the public satisfied, without hurting the Muslims feelings, which has become a regular and predictable pattern. Browsing through the British news sites has become a depressing activity. I knew nothing has changed and no lessons were learned. To make sure I wasn’t overreacting, I looked for the usual story about ‘the hero Muslim who …’ and I wasn’t disappointed, there was one. I also found the one highlighting certain Muslims’ condemnation of the attacks and expressing fears from a backlash. The shameless British media never changes, their only concern is to project Muslims in good light, even in times of disasters caused by Muslims.

The only people who seemed to have been surprised by the Paris attacks are our politicians and their powerful arm, the main stream media. If ordinary citizens can get their predictions right why can’t the politicians? The western politicians are selfish people who are interested only in holding office, not serving their nations. They see the real world but ignore it which is why they always get it wrong. Most of the terrorists who carried out the 9/11 attacks were from the gulf states, in particular Saudi Arabia, which converted tens of millions of Muslims to wahhabism, which is the true (radical) form of Islam. Those terrorists were acting on behalf of Muslims for the sake of Allah. The logical course of action was to address the problem posed by Saudi Arabia and Islam in the West. Yet America ignored the reality and directed its attention to Afghanistan. The Muslims who committed the Friday atrocities in Paris were not Syrians but Europeans who were radicalised by an Islamic system that was blessed (and often funded) by the European governments. Bombing ISIS is the easy option for the leaders and has only symbolic value. It is designed to mask the politicians’ weakness and inability to face the real enemy and deal with it, the enemy in their midst.

It is unlikely that the bombing campaign in Syria will eradicate ISIS. Even if it did, that is not the solution because ISIS is not the problem. Three years ago we didn’t have ISIS but we had big problems with Islamic terrorism in Syria and all over the world. ISIS happened to be the organisation most active today, just as AlQaeda was after 9/11. Last year, the Emirates government produced a list of banned Islamic terrorist organisations, on its list were over seventy organisations! There were more which the Eremites didn’t consider as terrorists and didn’t ban. Eradicating an organisation like Al Qaeda or ISIS is like trimming small branches of a tree; the tree may even grow larger as long as the roots are healthy. Syria is swamp with other Islamic terrorist groups some of which funded by America and the Gulf states.

The roots of the problem was never ISIS, Jihadi John, Al Qaeda or any terrorist organisation. The roots are in Islam, the ideology behind all of them. Islam must be named and shamed and defeated, otherwise we will be defeated. It is our destiny to live at a crucial point in history and its our duty to make the right decisions. There has never been a clearer enemy but our leaders fail to see it. It is ironic that the West, which is at the peak of its power, finds itself against the Muslims, who are some of the least developed in the world and completely dependent on the West, in this battle for survival. May look like an easy win for the West but it may not be, not when the West sides with its enemy. Power, military muscle and influence are like weapons, even the most lethal become useless in the absence of the well to use them.

Europe is sick and the disease was left for too long. The sickness is so advanced that even completely stopping the Muslim immigration now (which is near impossible) may not help. There are already enough of them to bring down Europe. Also it is not practical to deport all of them because many are indigenous white converts. The outlook is gloomy, Europe seems to be doomed and the rest of the Western world is far behind.

Europe as we know it is coming to its end. This was bound to happen, with or without Islam, because of serious flaws in its culture. Islam’s role has been to speed up the process, it is encircling its prey waiting for the right moment to jump at it. There is no hope from a nation that welcomes its invaders with open arms and concerts singing “take my country, its yours”. If you told this to anyone forty years ago they wouldn’t believe it or understand it. It is sad that the majority of Europeans opted for suicide but we are doing our best to stop them from doing so. You can take a horse to the water but you can’t make it drink it. Europe is a rich culture that is worth defending and keeping in safe hands. We don’t want the world's best civilisation gets replaced by the worst. While we cannot get rid of Muslims or reform Islam, it might be possible to reform Muslims.

Reforming Muslims is different from reforming Islam, and easier, but requires courage and political determination. We must have the backbone to abolish the PC culture regarding Islam. The religion must be discussed objectively and openly with no restriction on criticism. Intellectuals with critical views about Islam must be allowed to air their views without any intimidation. Former Muslims should be encouraged to participate in such debates; those who left Islam are the ones who know it best. So far, the only people who are allowed to speak about Islam are the imams and Muslims leaders and their lies go unnoticed and unchallenged. Muslim groups, Imams and other Muslim organisations should be stripped off their powers. Governments should keep a close eye on mosques and all Friday sermons should be officially approved, just like the Arab governments have been doing all the time. The truth of Islam must be told, which is exactly what we are doing on this site albeit on a small scale. Muslims are ordinary humans who have been conditioned to believe a big lie that has been told to them again and again. They believe Muhammad was a prophet but they don't know his dark history because it has been brushed away by their scholars to hide the truth. They believed their scholars’ claims that the Quran, which teaches ignorance, has scientific miracles. There are millions of Muslims who would happily denounce their religion once they discover the truth. There are millions others of Muslims who are in Islam only because they find comfort in numbers. Their reason is that all those millions of Muslims can’t be wrong. They too will leave as they see their fellows in faith leaving. Naturally, some Muslims will cling to their religion until their last breath, they are too weak or too scared to open their eyes. Such Muslims will become a minority. And when Muslims are minority, they become harmless and respectful to others.